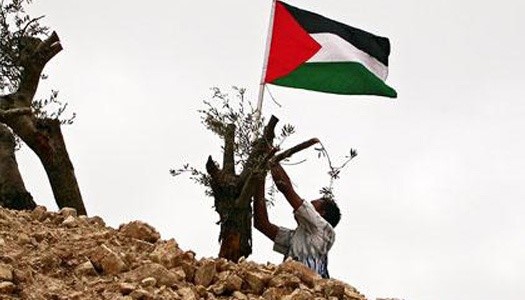 Dr. Khoury “Our struggle continues, and we will not leave our land, nor will we be uprooted.”

On the 45th anniversary of Land Day, His Excellency Dr. Ramzy Khoury, President of the Higher Presidential Committee ofChurches Affairs and Director General of the Palestinian National Fund, called on thePalestinian people to stay resilient despite all the challenges that are besetting the Palestinian cause and steadfast on their lands against the pressure of the occupying powerwhich is imposing new realities to erase the Palestinian presence, especially in Jerusalem, where the city and its residents are suffering fierce campaigns by the Israeli settlers and the occupying power to empty it of its original inhabitants and displace them.

In a statement, Dr.Khoury said “The anniversary of Land Day is a reminder of the resilience, persistence and the struggle of the Palestinian people, who have been facing the harshest conditions for more than seventy years in order to preserve every grain of soil of this blessed land defending the Churches, Mosques and sanctities that are being violated by the occupying power.

Furthermore, Dr. Khoury called on the churches of the world, to carry and fulfil the message of Christ, the son of the land of Palestine, to be our partners in making peace, and concluded by stating “Our struggle continues, and we will not leave our land, nor will we be uprooted”.

President Abbas congratulates His Holiness Pope Francis on the occasion of the Holy Easter.

Dr.Khoury condemns the attacks of the Israeli occupation police on the participants…

On Palestinian Prisoner’s Day – “Prisoners are the forefront of our…