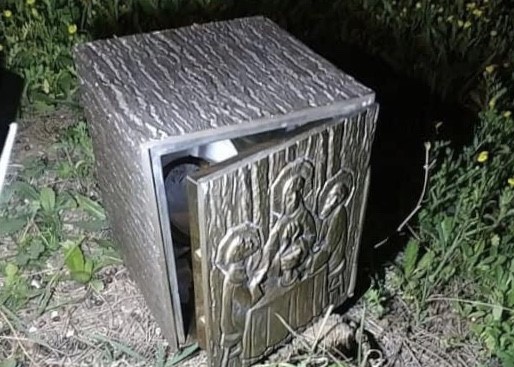 The Higher Presidential Committee of Churches Affairs condemns the attack on the Church of Our Lady of Sorrows in Jerusalem.

Dr. Ramzi Khoury, President of the Committee and Director General of the Palestinian National Fund,condemned the attack on the Church of Our Lady of Sorrows in Jerusalem by extremist Israeli settlers, tampering with its contents and attempting to steal it.

“This attack is not the first that affects Islamic and Christian holy sites, especially in Jerusalem. As an occupying power, the Israeli occupation should be held fully responsible for all these assaults that take place against places of worship.

These attacks that always ended with the terrorist being called a “psychopath” are the inevitable consequence of the failure of the occupying’s power to apprehend and deter violations that affects the sanctity of our Holy sites.

We will not be silent in the face of such insults on our sanctities. The occupying power and its settlers are trying to pressure us to leave, but we will remain steadfast and continue on defending our Islamic and Christian sanctities.”

Dr.Khoury called on the world, the international community and Church leaders to be firm in their decisions in the face of the occupation and the ongoing insults the  Muslim and Christian Palestinians are facing on their land.

The Higher Presidential Committee of Churches Affairs in Palestine warns against the judaization of the Old City of Jerusalem.

The Higher Presidential Committee of Churches Affairs condemns the attack on the Church of Our Lady of Sorrows in Jerusalem.

Dr.Khoury condemns the attacks of the Israeli occupation police on the participants…

On Palestinian Prisoner’s Day – “Prisoners are the forefront of our…