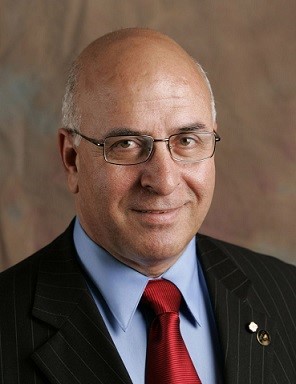 On أكتوبر 13, 2014
Share
Dear Friends,
In a prior reflection, I commented about the trend among some Western Christians to deny us our Palestinian identity, virtually banning the “P” word during dialogues regarding the Israeli-Palestinian conflict. I added that in some instances Western Christians have hijacked our identity and proclaimed themselves as our spokespersons
Shortly after publishing that reflection, two of the most prominent proponents of the Christian Zionist movement, National Chairman Pastor John Hagee and Executive Director David Brog of Christians United for Israel (CUI) issued the following statement:
Anti-Israel Palestinian Christians and their American sympathizers are successfully promoting a millennial-friendly narrative to reach this rising generation of Christians and win them to their cause.  As a result, we’re now seeing more young Christian leaders becoming outspoken critics of the Jewish state.”
Contrary to what CUI would have hoped, this statement has filled me with optimism and actually made me smile. After all these years, CUI has finally recognized the existence of Palestinian Christians. I would like to thank our American Christian friends & supporters who have been working with us since the inception of HCEF to bring about this realization. We, as Palestinian Christians, rejoice that we are no longer the “forgotten” faithful. Thanks to your support, we have made an impact on public opinion which even CUI cannot ignore any longer! This is a great victory for the campaign which HCEF has been leading for over 16 years. This realization by CUI is the perfect testimony that when the faithful encounter the truth, they will come forward, putting their faith into action for justice and peace.
In their statement, Hagee & Brog make two salient points with which we at HCEF wholeheartedly agree:  First that this is a cause for Palestinian and American Christians.  And, second, we are most certainly promoting a “millennial-friendly narrative.” In fact, we hope that our message of hope, justice and coexistence appeals not merely to a new generation but to all people of goodwill, regardless of their age, gender, or faith tradition. Our narrative is not propaganda. It is truth. It is important to note that “our cause” and narrative is coupled with an “all are welcome” invitation to learn more of our story and the work that HCEF and others are doing to plant the seeds of peace and coexistence.
But they are wrong to label our message as “anti-Israel.”  We are opposed to the occupation and to specific unjust Israeli policies which undermine peace. More importantly”our cause” is the cause of peace, justice, and the preservation of our own presence in the Holy Land. In other words, we are pro-peace in a just manner that recognizes the rights of all people living in the Holy Land.  While Palestinian Christians, as an integral part of the Palestinian people, do not reject Israel, the Palestinian Christian leadership has been quite steadfast in rejecting the Christian Zionist doctrine as a false teaching that corrupts the biblical message of love, justice and reconciliation and, in fact, undermines our very existence.
The occupation, the struggle against it, and the war have all gone on for too long. It is more than any nation could endure. Palestine has experienced the longest occupation in modern history. Hagee & Brog’s statement should signify to us the defeat of the long-held fallacy that has plagued our cause: That Christian Zionism in America is too powerful and too influential to be countermanded. When in fact, they prove political influence and material power CAN be defeated with the power of faith and the will of the people. When we believe in justice and work on it diligently, when we are persistent and consistent, we can succeed. We should certainly not give up! We remember that we are part of a repetitive history. Over 2000 years ago, Jesus Christ himself was oppressed, tortured, and crucified! And yet in spite of that His Good News continues to be spread by believers, right where Christianity began!
Therefore we should not fear anything! We should not believe that the abuse of power will prevail. We should not give up on achieving peace and justice. We find ourselves now at the beginning of a long road. By changing the hearts and minds of the faithful, we will carry our movement forward until justice and peace prevail and until Muslims, Jews and Christians can live in harmony.
Mr Brog’ statement reveals that with persistence, the voice of the Palestinian Christian can be heard.  But we need individuals like you to help amplify our voice. In the words which our Lord spoke on so many occasions I invite you to “Come and See.” Come and see the reality that Palestinian Christians endure day to day. One way that you can do this is by attending HCEF’s 16th Annual Conference on October 17-18, 2014.
God bless you all,
Reflection from HCEF President/CEO