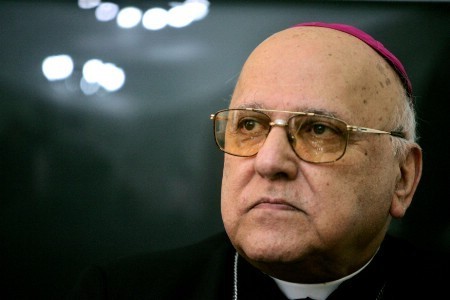 Whether the city of Jesus’ birth will be a symbol for peace or for war lies in the hands of Israel’s leaders. Can they respect the legal and moral imperative to respect Palestinians’ inalienable rights?

At this holy time of the year, Bethlehem, the city of the Nativity, stands at the center of attention of the whole world. What the world might overlook as it watches is that the very city where Jesus was born celebrates yet another occupied Christmas. This year, Israel, a self-proclaimed “safe haven” for Christians, has presented to Bethlehem a few unwelcome Christmas gifts.

Israel’s Christmas gifts to Bethlehem this year serve towards consolidating the separation between Bethlehem and its twin city, Jerusalem; the city where Jesus was born and the city where he was resurrected – the essence of the Christian faith. Aside from the daily violations that the besieged Bethlehem suffers as a result of the occupation, Israel issued a military order last week announcing that it has confiscated 101 dunams of Bethlehem’s northern lands. In the same week, the Israeli governmentapproved the expansion of the illegal settlement of Gilo – built on privately owned lands of Bethlehem – by 891 new housing units.

Right to the west of the Gilo settlement lies the Cremisan valley in Beit Jala with its two Salesian monasteries and privately owned agricultural lands. Despite a nine-year legal battle, tremendous diplomatic lobby efforts and civil resistance, Israel continues to build the annexation wall in Cremisan, leaving 58 Palestinian Christian families robbed of their lands. Where do these families go now and to whom do they have recourse?

The Israeli government is quick to cite “security” justifications for its oppressive policies – while in reality, land grab and settlement expansion motives – under the pretext of security – cannot be concealed.

Nevertheless, I will not call on anyone. I will not make yet another failed call on the international community. This time, I only call on the Israeli leaders in search of “security”. I call on them to finally see the inevitable result of walls, stolen lands and illegal settlements: it will only bring more isolation, rejection and hatred, hence, more insecurity. I call on them to see that justice, education for mutual respect and acceptance will bring security and peace.

Bethlehem is now either a symbol for peace, or war. I invite the Israeli leaders to make it a symbol for peace, and for a new just approach for Palestinians. Palestinians deserve the full achievement of their inalienable rights, and neither, Israeli leaders, your ability, nor your legal responsibility and moral obligation to do that should be questionable or optional.

Patriarch Emeritus Michael Sabbah was the Latin Patriarch of Jerusalem between 1987 and 2008.