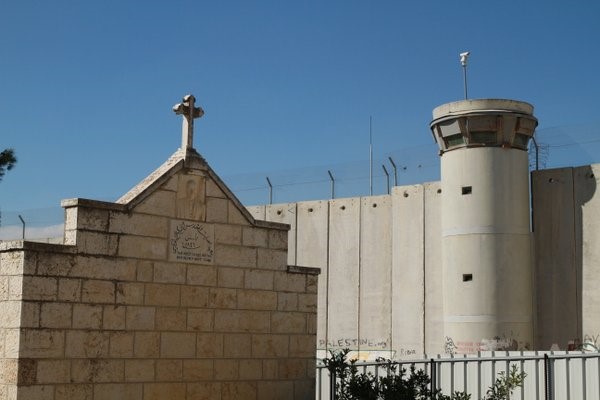 CHRISTMAS IN BETHLEHEM IS A PALESTINIAN MESSAGE OF HOPE

One of the most beautiful memories of my childhood in Jaffa is the Christmas ceremonies, and the trees, when the various Christian communities would prepare colorful celebrations and many would make their way to Bethlehem. Just as during the Muslim festivities of Eid al-Adha and Eid al-Fitr, all Palestinians would celebrate together. Both in Christian narratives and the Palestinian tradition, Christmas is a time of hope. This is one of the most cherished memories that I brought with me to exile in Egypt in 1948.

Decades later, after my return to Palestine in May 1994, I went straight from Gaza to Bethlehem, arriving in this beautiful city around sunset. To my disappointment, the Church of the Nativity and the shops around it were closed, and the square was almost empty. Suddenly, the church bells began to ring and the shops started to reopen.

I was almost overwhelmed by people welcoming me, excitedly awaiting the return of Abu Ammar (Yasser Arafat). That day I was invited to visit the Church, and the shops and homes of Bethlehemites that I shall never forget. I could feel that the message of hope brought by Jesus 2,000 years ago from Bethlehem was alive in the hearts and souls of its people.

That year, Israeli occupation forces did not allow me to celebrate Christmas in the Church, as Israel had not yet withdrawn from Bethlehem. My initial disappointment soon transformed into excitement when the clergy decided to defy the Israeli order and I was literally smuggled into one of the church’s upper balconies. I still remember Patriarch Sabbah looking up to where I was, while delivering a beautiful sermon talking about the need for justice. For millions of Palestinians, that was a Christmas full of hope.

On December 23, 1995, I went to Bethlehem with President Arafat. Everyone came out to welcome him at the Nativity Square and through the streets of the holy city. There were local and religious leaders, refugees and villagers—everyone was celebrating a patriotic Christmas marked once again by the hope we all had to end the Israeli occupation within five years. It was a Christmas of announcements: significant touristic and heritage projects under the umbrella of the Bethlehem 2000 initiative. That was the most beautiful Christmas of my life.

Six years later, Christmas 2001, Israel prohibited Arafat from going to Bethlehem. I remember calling on world leaders, asking them to stop Israel from impeding our right of worship and our role as custodian of the Holy Sites. There was little response. Soon after, most of the infrastructure built and renovated since the beginning of the interim period was destroyed. The Nativity Church was surrounded by Israeli tanks, one of Christianity’s holiest sites besieged and damaged. Arafat, also besieged by tanks at his compound in Ramallah, exclaimed during a press conference: “Don’t worry about me, go and see what is happening at the Church. How come the world is silent?”

Very little of what we dreamt about 20 years ago has been achieved today. The five-year interim period stipulated in Oslo was not respected by subsequent Israeli governments. Colonial settlements continued to grow, eating up 62 percent of the West Bank (Area C, which is under full Israeli control) and the vast majority of its water, jeopardizing Jerusalem, separating and destroying Gaza, and dividing Bethlehem from Jerusalem for the first time in 2,000 years of Christianity.

While we have done everything we can to protect our holy sites, including joining UNESCO and supporting the inscription of the Nativity Church as a World Heritage Site, Bethlehem has been turned into a bantustan (a ghetto), surrounded by 19 colonial settlements. This has left Palestinians with control over only 15 percent of the city and its surrounding area. There is no way to develop our local economy, let alone imagine an independent or sovereign state right now. Former British president Tony Blair’s false economic promises under the useless Quartet over the past 10 years didn’t bring any change on the ground but gave cover for Israeli crimes. As of today, Bethlehem has an unemployment rate of 26 percent, according to the Bethlehem Chamber of Commerce, the highest in the West Bank.

And yet, we will not give up. We cannot allow the Israeli government nor the complacency of the international community to take away our hope. This Christmas, the ringing bells of the Nativity Church must be a reminder for everyone that the indigenous people of this land are here to stay. It also sends a message to the rest of the region of an unbreakable coexistence and interfaith fraternity that has lasted for centuries, unparalleled anywhere else. Christmas is a Palestinian message of hope. We are proud of having carried this message for centuries and, despite everything, we shall continue to do so.

Nabil Shaath is the Foreign Relations Commissioner of the Palestinian political party Fatah. He was the Palestinian minister of foreign affairs under Yasser Arafat’s presidency for over a decade.